Today is the day I left the UK for a few years. I hate goodbyes.  Missing people is one of the worst parts about travelling.

Before too long, I was £8 lighter and on my way to the adventure of a lifetime. I got swept up in the usual hordes of miserable folks on the underground, but it was fresh faced excitement for me. I nipped up around Leicester Square area and stumbled upon the ‘7 dials’ festival. It was good to see so many attendees, and I stayed to watch Ian Stone, a comedian I like. There was another famous guy hosting, but I’ve no clue who he is.

I walked through to Oxford Street, Carnaby Street and even nipped into Hamleys and Harrods. After this it was more tubing, to Westminster this time. I waltzed past Big Ben, Westminster Abbey and the famed Houses of Parliament. Add this to the fact the sun was shining and you can imagine it was a perfect start to the trip. Madrid tomorrow!

I swapped pounds to euros in Madrid airport (not recommended, I just knew I only had 12 hours here) and jumped on the first bus to Parque Del Retiro. It was more beautiful than expected, and more sizeable. I saw Palacio De Cristal, a well kept garden, plenty of wildlife and of course, the sunshine. I think its called Retiro because after you’ve walked around it you have to retire to a pub, I was shattered! 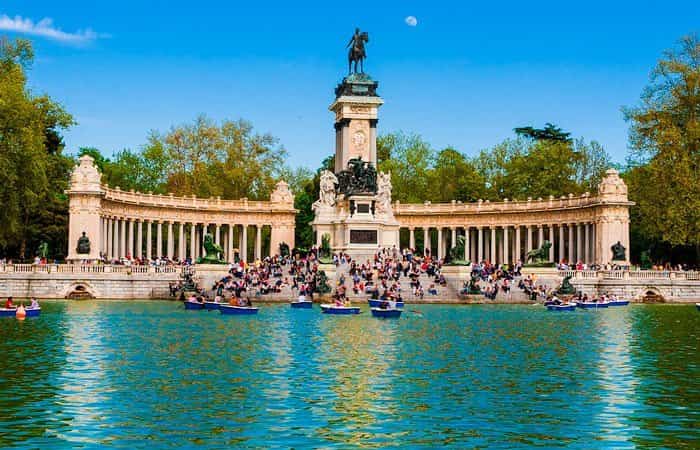 As I walked back into the city, it was clear the ‘siesta’ was well underway. Shops and bars were shut, and the streets seemed quiet. Fortunately a small place serving fresh food called Date Vita was still open, so I indulged. After that I sauntered around Madrid taking in a cathedral, Kings Palace, the Royal Theatre and much more.

On the walk back to the bus stop, I caught El Argentinos’ show, a street performer. After escaping from chains and putting a spoon so far into his nose I thought he’d lose it, he took a power drill out of his box and began drilling his own eyeball. That was enough for me, and soon I was back at the airport, not so eagerly awaiting a 12 hour flight to Lima.